So excited to finally be sharing this rainy day elopement on the Oregon Coast!! This Oswald West State Park Elopement was featured on Wandering Weddings – so be sure to check it out there as well!!

Charli and David planned a big wedding with their friends and family but decided to secretly elope alone on the Oregon Coast after. They planned an intimate elopement ceremony at Oswald West State Park. Despite the wind and rain, these two made the best of it! They even had the whole beach to themselves.

The Oregon Coast is the most special place, in my opinion. It looks and feels different every time I visit. The moody weather, the best sunsets, and the coastal forests are almost too good to be true! Following permit guidelines and LNT principles are super important to allow incredible couples to continue traveling to the Oregon Coast to elope. So many locations are getting shut down; becoming almost impossible to get into for an elopement.I never want this to happen to the Oregon coast! Treat locations with care & we can keep enjoying them.

Oregon Coast Elopement in the Rain

Charli and David had a “mock wedding” that was super formal, but nobody knew they didn’t get legally married at that event. A few months later, these two planned their elopement at Oswald State Park. They shared their vows in the middle of a windy, rainy day on the coast. We only had a little over a week to plan because they didn’t initially think they needed or wanted a photographer. Thankfully, it was my slow season, so I could take this on! It was so cold and windy that they said they wanted to leave their jackets on even during their vows. I thought this was amazing because they were just living in the moment and doing what felt best for their day!

This particular location requires about a half-mile walk through a gorgeous coastal forest and runs along a little creek! The walk through the forest is a huge highlight because you can’t see the ocean until the end of the walk. And then, when you see it, it’s spectacular!! The cliffs, the trees, driftwood, rocks, sand, waves, and the waterfall; all hit you at once and there’s so much to see! Watching Charli and David experience nature through their own eyes was amazing. It’s something I love to observe anytime I bring a couple to the coast.

“Everything. The weather was just horrendous that day, but it was also so unique. Standing there in the rain, not a care in the world besides marrying my best friend. We were able to be authentically ourselves and just enjoy that day. What better representation of the struggle marriage can be, and yet how beautiful it can turn out despite any hard times. So serendipitous!” – Charli + David

Permits: most parts of the Oregon Coast, including Oswald West State Park, you don’t need a permit to elope. As long as you have under 25 people and have no “set up”, which includes a floral arch, chairs, etc; then you’re free to have a small ceremony. Since eloping on the Oregon Coast is free permit-wise if you have a simple wedding day, this is the perfect place to elope for couples who have a smaller budget.

Part of leave no trace (LNT) on the coast that a lot of my couples don’t realize is FLOWERS. A lot of people want to toss flower petals and leave them on the beach. That’s definitely something that should be picked up or not brought to the beach at all.

by checking the weather and the tides, you’ll be glad you did! Respect wildlife and leave the things you find on the beach, on the beach. Don’t leave trash or anything you brought with you on the beach. If you see a seal, please don’t touch it! Just general things that you’d do if you respected a location.

Tips For Eloping in Oregon 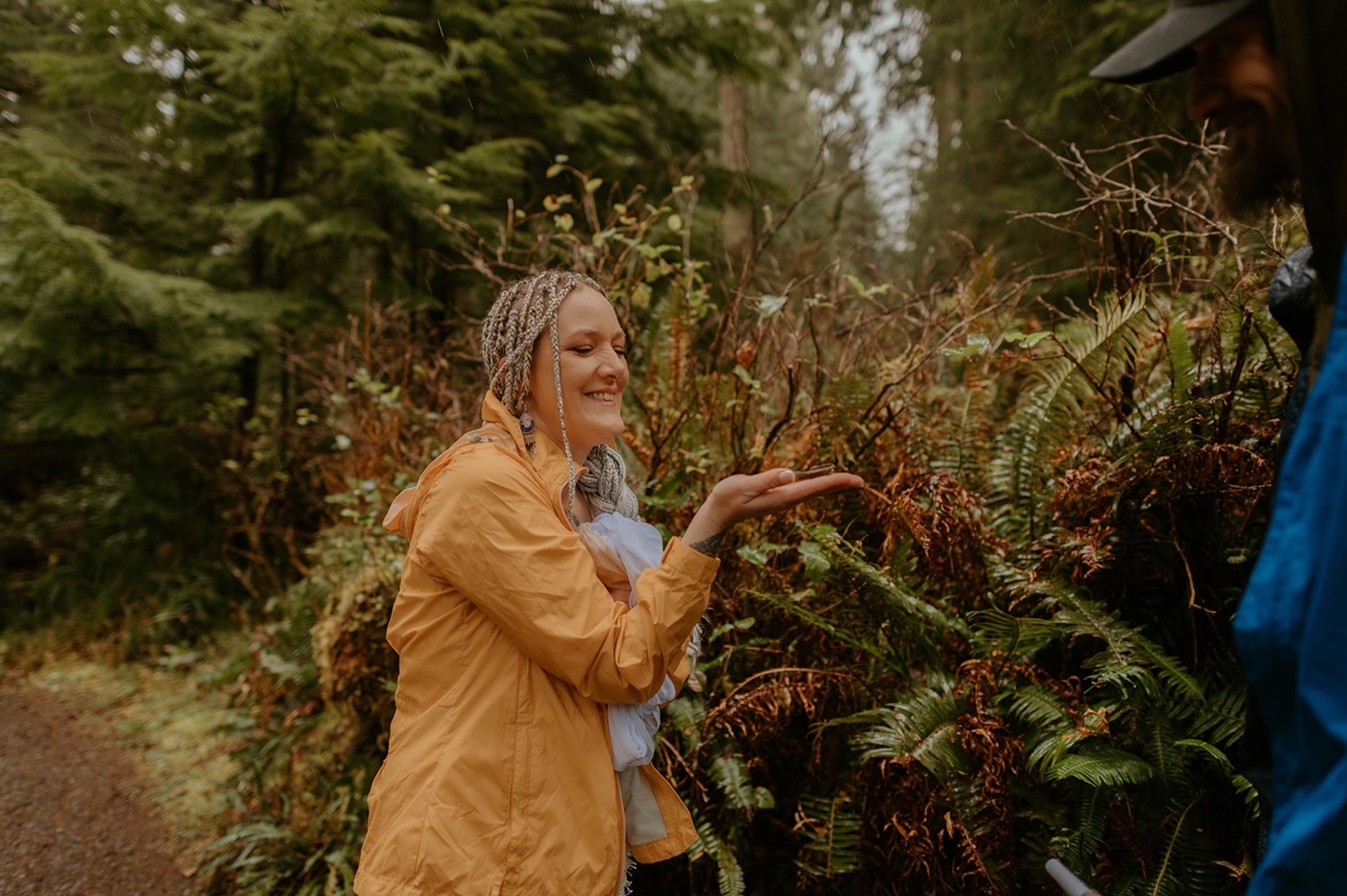 Ready to plan your shoot?